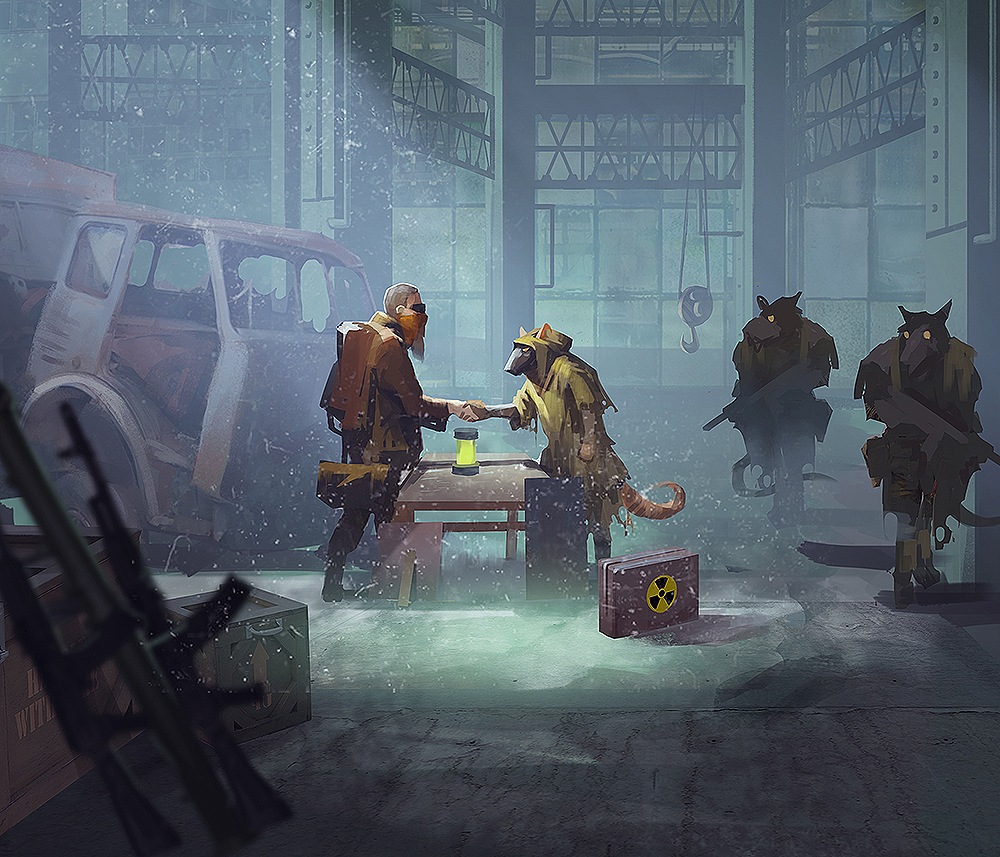 This is generally an exciting wheel of time. When I designed the Detective game, I used all of my 30 years of experience in RPG games. I managed to create a board game that is very close to what RPGs are. It offers just as exciting, engaging an experience but does not require a Dungeon Master. Two years ago, when we played Detective again and I saw how much players enjoyed it, it hit me like a bolt of lightning – I can reverse this! Just as RPGs improved Detective and gave it a lot of solutions and ideas, I can have fun the other way around – take a few solutions from Detective and introduce them into my RPG sessions. This twist changed the style in which I currently run RPG sessions.

I have to admit to my biggest weakness as a Dungeon Master. I can’t improvise. When players come up with an idea that surprises me, and I have to come up with something on the spot, I feel very uncomfortable with it. I’m a perfectionist in this regard – I like when the scenes, meetings, NPCs that appear during the session were previously prepared, thought through, and nicely presented. 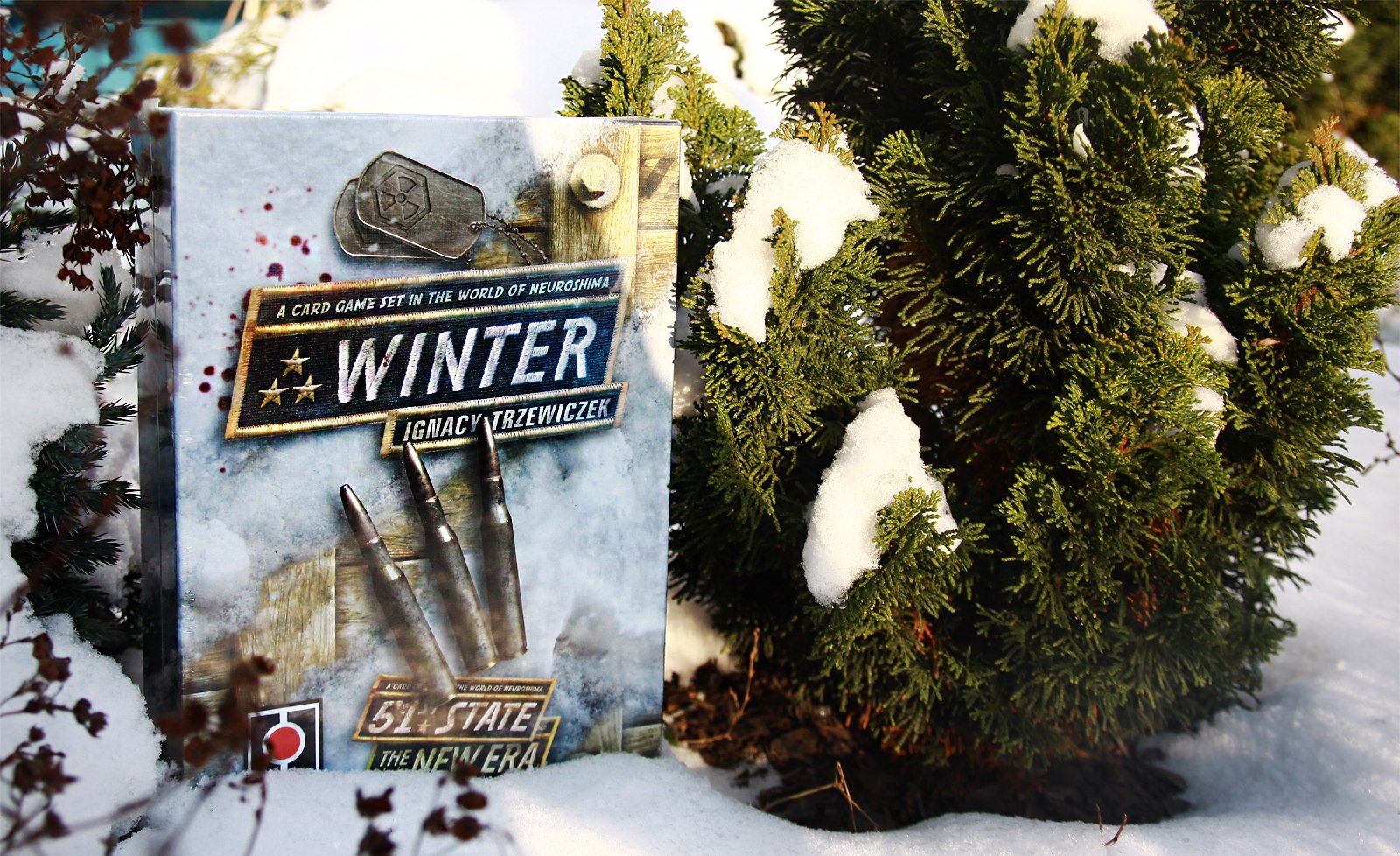 Today, the shipping of 51st State: Ultimate Edition has begun. It’s another iteration of the game. Another reason for jokes, another reason for complaining, another reason to mention that I am the master of old chestnuts and that I am selling the same thing over and over again. And I generally agree with this. I generally see a lot of sense in this. What sets me apart from those who make fun of me is the perception. Some of you think that I should be ashamed that I’m selling the same over and over again. For me, on the contrary, this is a reason for pride. Let me explain!

51st State was released in 2010. The game was well received, although fans complained about the lack of interaction. I took the rules, shook them up, changed this and that, and in 2011 the expansion (that was also a stand-alone game ) appeared – The New Era. Great reception, interaction fixed, so in 2012, the next one appeared – Winter. In the following years, the Scavengers add-on was released, and the number of fans did not decrease. The game’s print run was exhausted, so we finally decided to take all these expansions, throw them into one box and make 51st State: Master Set. It came out; people liked it, and they played and praised it. So we made more expansions, Allies, Moloch, the group of fans still stood faithfully by the game. The print run, meanwhile, was long exhausted. So we decided again, let’s throw all the content into one box and reprint again. Now under the name 51st State: Ultimate edition! Another few thousand fans will discover this system and will build their empires. And that’s what we did, 51st State: Ultimate Edition was put on a crowdfunding platform and made a great success. Now, in a few days, more fans will discover this game.

For some of you, I’m still the old chestnut dude. And for others? And for others, I am the author of the game that, 13 years after its release, is still one of the best engine builders on the market, still has a loyal group of fans, and still thousands of people want to add it to their collection. So, false modesty aside, maybe this is an old chestnut, but man, this is a freaking awesome one. 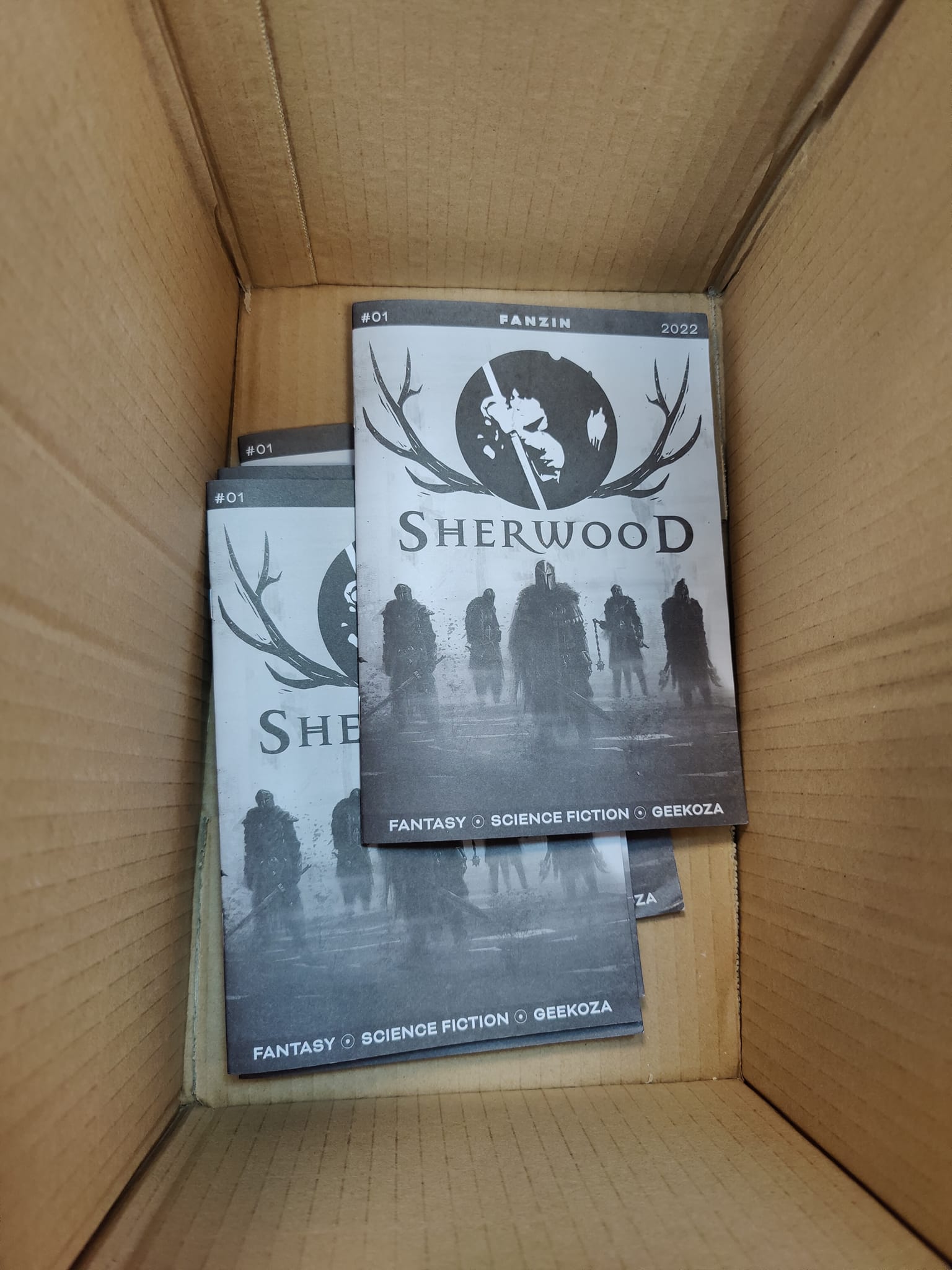 In November lastyear, as a way to unwind after a very stressful year, I began working on a crazy project. I made a fanzine. Old school, true fanzine, like as if someone sent it to us straight from 1992 or 1994 via time machine. I invited many friends from the industry to join the project and in a few weeks we put together an issue. Several dozen pages of text about SF, fantasy and tabletop games. I printed a small number of copies, sent them to friends and fans, and put the rest in an online store. I had a great time creating this project. My friends when writing the texts. The readers when reading.

We are currently working on the second issue. And who knows, maybe we’ll even do a third. It’s a freaking amazing side quest from my regular job. 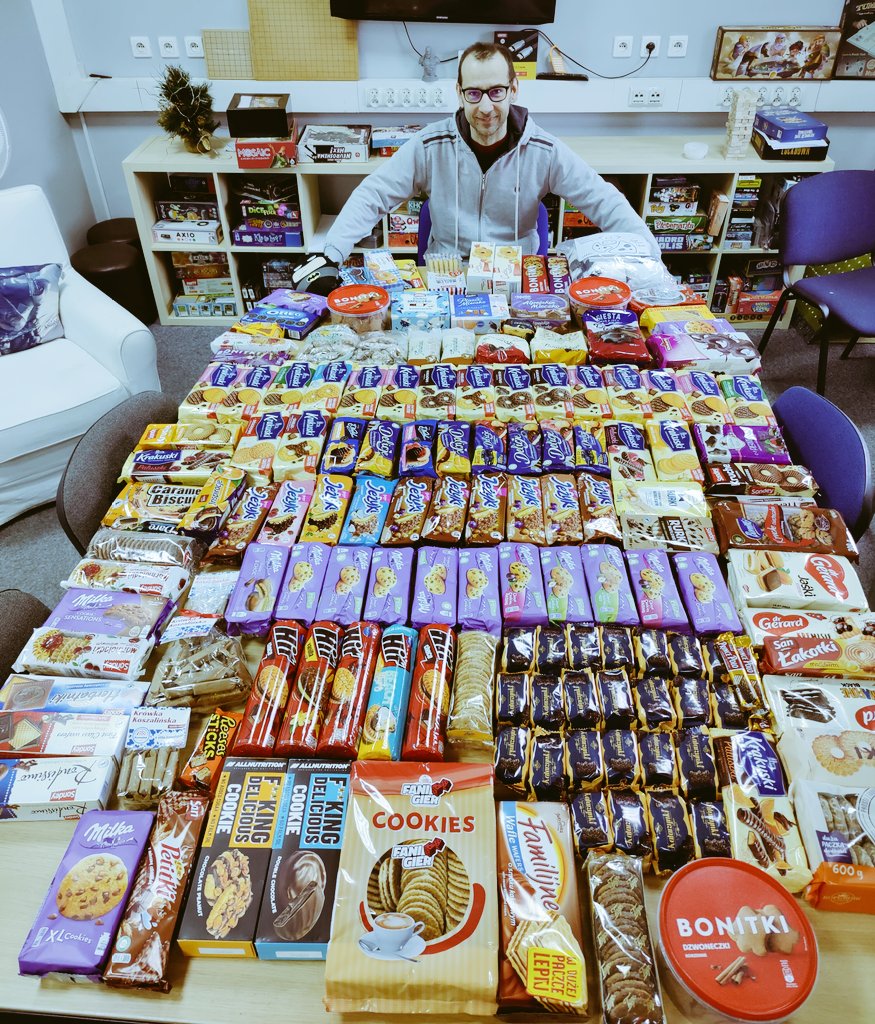 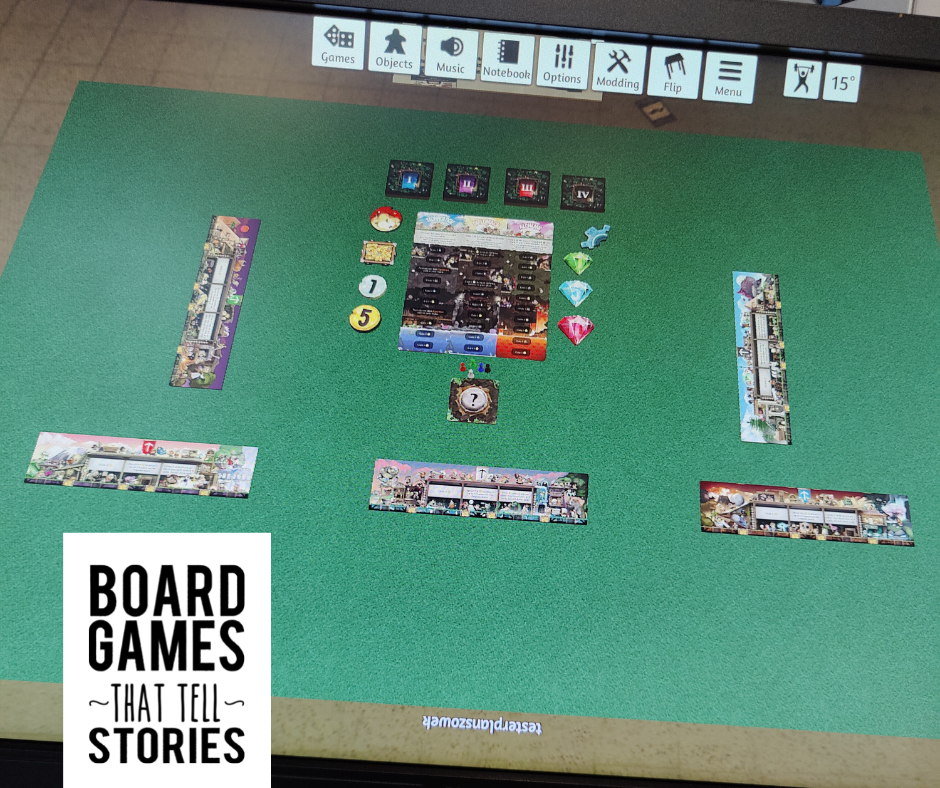 I used to print prototypes and ship them all over the globe to my fellow publishers and partners to present them with what we created. I used to go to conventions in Europe and in the US to meet with them and run demos of games. That’s how it used to be. It’s no longer the case.

Today I met with 4 publishers, and I run demos for our partners in Spain, Netherlands, Scandinavia, and Ukraine. None of us left the office. No prototype was shipped. All happened via Table Top Simulator. The game demos went nicely and smoothly. Most likely, I secured the future of my game for a couple of countries.

It’s good to be a publisher and have all these modern tools.

I strongly believe that good board game is the one that tells a good story. You play it and suddenly you are sucked into it, you feel chills on the skin. Emotions grow. In a moment you defend castle. You hear roar of warriors. You smell boiling oil. You are into it. That's how I design my games. I always want to tell a good story. I want players to be into it. As deep as possible.

There is a mirror of this blog at boardgamegeek.com with lots of discussions, comments and community support. Pleas, join us here:

Visit Portal Games website to learn about my new releases and games I published.

We are publisher of Detective, Robinson Crusoe, Imperial Settlers, and many other great Board Games That Tell Stories

I 300% agree with Charlie here. Adding more of the same is a modern trick to show the game has high replaybility. It has not. Playing over and over the same with just other set of cards or tiles is not replaybility.

I would not blame Dominion for that trend though 😉

Some nice PDF for Eleven for your games! Download here: https://portalgames.pl/en/eleven-football-manager-board-game/

Did you notice this little assasin hiding behind t

Preparing welcome bags for our fans. #portalcon #b